Ready to get started?

Executive Lawn Care Peer Groups may be what you are looking for!

Lawn Care Professional Network: Join one of our Peer Groups!

As the saying goes: “It’s lonely at the top.” As an owner / manager of a Lawn Care Company you are expected by employees, customers, bankers and other interested parties to know all the answers. Ever feel like you want someone on your side? Someone you can bounce ideas off? Someone who will give you honest criticism and who has been in similar situations? Perhaps joining a peer group may be the answer.

Why should I join and what are the benefits?

Members typically sign a non-disclosure agreement preventing any and all members from sharing financial and operational information and or trade secrets with anyone not in the group. Many groups include an experienced facilitator using an organized discussion format ensuring all members get heard.

Other peer groups are run by business coaches and or consultants who have expertise in a particular industry. A couple of years back I was asked to become the facilitator of Peer Group, having industry expertise as well as having many clients that I coach as a value add to my accounting practice. 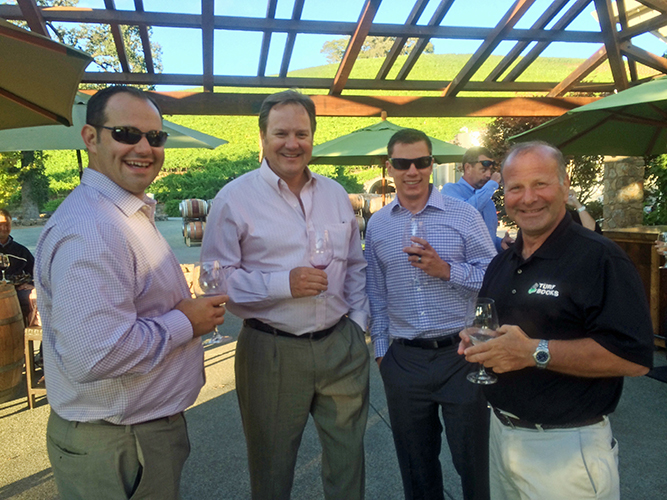 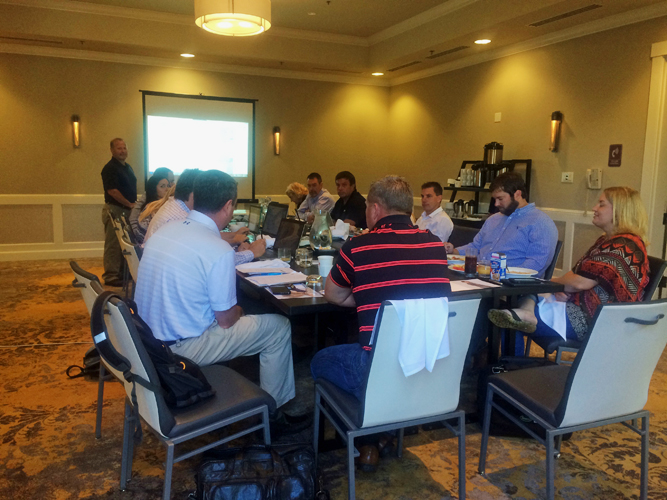 We now facilitate several of these groups that are industry specific and provide members with increased insight into their own organizations as a result of meetings that are hosted at member locations that include sharing financial and operational benchmarks as well as other business information. All of this information which is compiled prior to the meeting and distributed to each member form the basis for some very interesting conversations that lead to expanded discussion and sharing of ideas.

How is a Lawn Care Professional Network Peer Group Run?

Most members of Peer groups are like minded and have a lot in common in terms of their business life. However, each peer group that I’ve been involved with takes on its own personality as well as making its own rules with input from each member. Peer groups can meet several times per year in person, virtually as well as communication between members using email or message boards in between meetings.

Most peer groups have a set agenda so that meetings can be run efficiently as the entire meeting typically lasts only for a day or a day and a half.

A Typical Agenda May Include:

Why Should I Join A Lawn Care Professional Network Peer Group?

We’ve spoken with several participants of the peer groups as well as with other peer group members and the most relevant parallel that was drawn was comparing membership in a group to your childhood when your parents always wanted you to hang around with “the right crowd?”

Well the reason for this is they wanted you to be in a fertile environment. One where the crowd you hung around with were the smart kids. The kids who were trying to better themselves, sharing ideas and or researching better ways to achieve.

When done properly a peer group is “the right crowd.” Genuine friendships are made and folks are really interested in where your company has been and where your company is going. During the meetings, members agree on actions to be taken by each individual usually by the next meeting. Most participants are able to report back on the success or failure of those actions making that member not only accountable to himself but also to the group.

The benefit is that we implement the action that we know is needed to be done but may not have been done if left to our own devices.

What’s an example of how a member benefited from participating in one of your Lawn Care Professional Network Peer Groups?

There are many benefits. However, one of our members who was quite successful and had a well-established company mainly “flew by the seat of his pants.” The key to his success was running as hard as he could all the time with very little in the way of advanced planning. His company had several established routes and he marketed mainly in the yellow pages (which seemed to be getting less and less effective as time passed) as well as when his gut would tell him to do a radio, cable or SEO campaign.

Most members in the group had their marketing plan laid out on a calendar for the year, breaking up each campaign by date, amount of expenditure as well as expected return. In this manner they were able to analyze which marketing worked, why it worked and which campaign failed and should be discontinued. It was pointed out that “good revenues can mask multiple sins.”

That is exactly what was going on with this gentleman as his routes that were established over the years and provided good revenue. The reason he advertised was because everyone else did it. He had no plan, no budget and no benchmarks to determine if his marketing was working. The peer group helped him to establish a marketing plan with a schedule, a budget and expected results. By implementing this plan he was able to conclude that his yellow pages were no longer working and that targeted seasonal advertising in other areas were much more cost effective and should.

“In my experience, most who participate in these groups see improved results and in many instances renewed excitement in their businesses.” – Daniel S. Gordon, CPA

Ready to get Started?